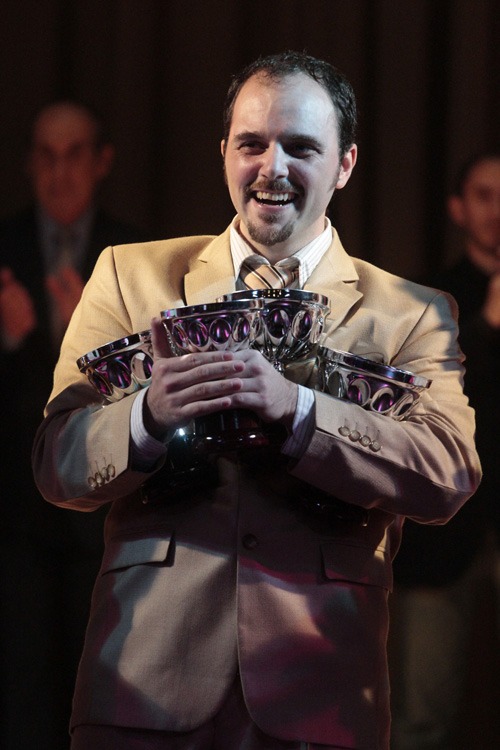 Born in Buenos Aires, Argentina Mario is a dancer and tango teacher. But above all he is a Porteño, a native of the most representative city of tango in the world, where this culture is appreciated in every corner. In the way of living and being of the Porteños!

Where he not only learn the dance, but also all the culture that surrounds a classic, popular tradition and as such in constant change.

From the beginning of it, two marked directions were seen in his search, both artistic and educational. A clear development of traditional tango together with the search for fusion between dance and theater.

What is his tango?... these words try to explain it.

My tango, waht tango? the traditional, of course, the one that rescue the root, the connection and the pleasure in each movement

The dance on the floor, the cadence, the musicality and the atmosphere that can only be achieved in the intimacy of a deep embrace fused in the beating of a single heart.

But also the merged one, the one that tests, evolves, mixes gets lost and finds with the only reason to play. The capricious, the one who has no place of departure or arrival. Just a climate, an idea, an atmosphere integrating theater and dance

Mario loves teaching tango and has the pleasure of being able to do so in spanish, english, french and german.
At the moment he is in Basel, Switzerland from where travels the world

where does his tango come from?

Tango came into his life when he was studying philosophy and psychology, which radically changed his way of being, In part, his partial studies at the university gave him the possibility of approaching the genre in a particular way.

But, he could no longer sit still, just dance and dance. Goodby uni!

Tango became an unavoidable obsession. A way of living and enjoying life. The university was left behind and from that moment in 2001 tango became his greatest passion.

here are the most representatives teachers he had.

The one and only Jose Garofalo.
Later, Patricia Lamberti, Luis Solanas, the great Omar Vega and Julio Balmaceda.

Where he met and learned from the old tango dancers, called milongueros. The milongueros are the most particular thing that can be found in tango.

In his early tango days he garnered the following awards, after which he set out and teach and present shows around the world: